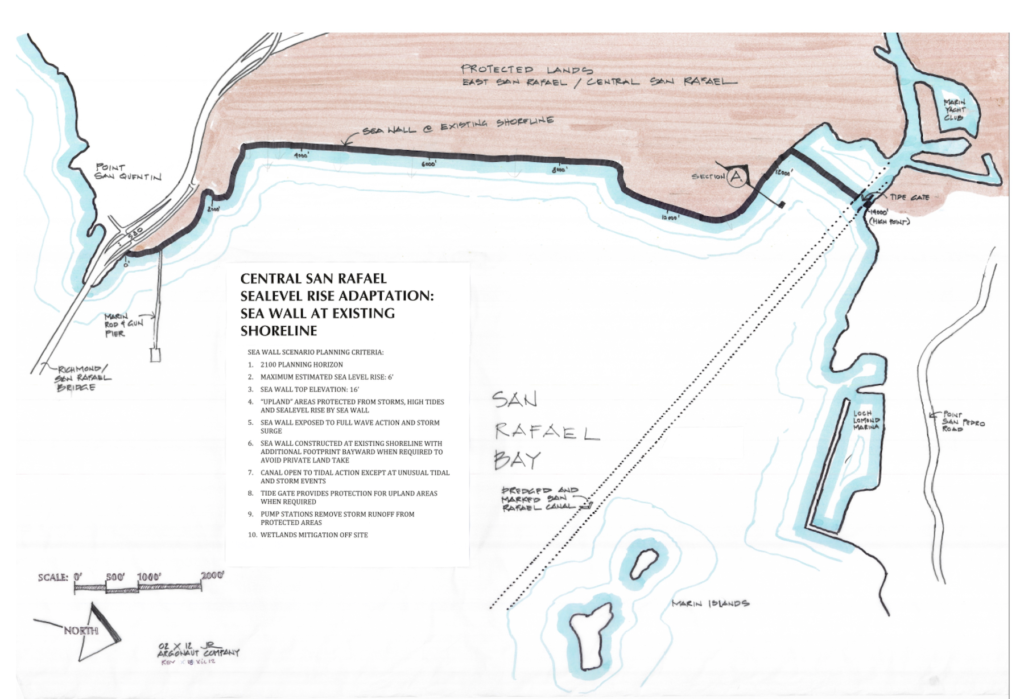 This “hold the line” concept sketch shows an armored sea wall along the existing shore reach from the Richmond-San Rafael Bridge to city land on the edge of an elevated rocky promontory north of the Canal at Bay Way. The sea wall is a traditional engineered levee of sufficient height to reduce flood risk and address sea level rise within a design time horizon. 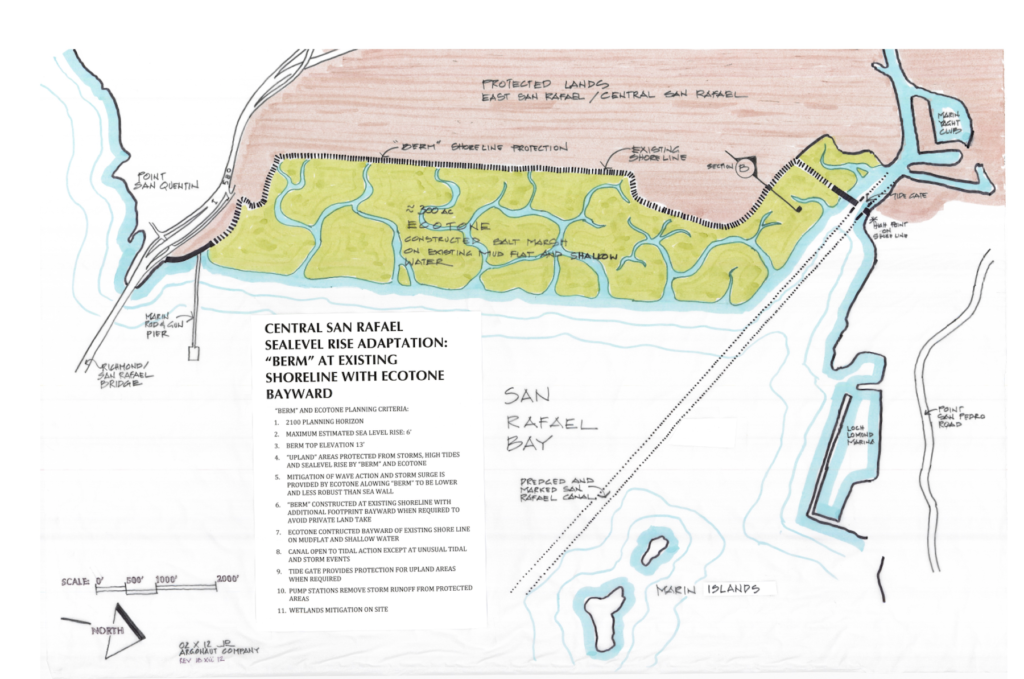 As with the previous “hold the line” concept, a berm would be constructed along the existing shore reach from the Richmond San Rafael Bridge to the city-owned land at Bay Way. Unlike a traditional armored sea wall, the concept relies on a horizontal levee ecotone habitat to buffer the energy of storm surge and fetch, augmented with pump stations removing storm runoff from protected areas and using the tide gate to protect the canal during unusual tidal and storm events. 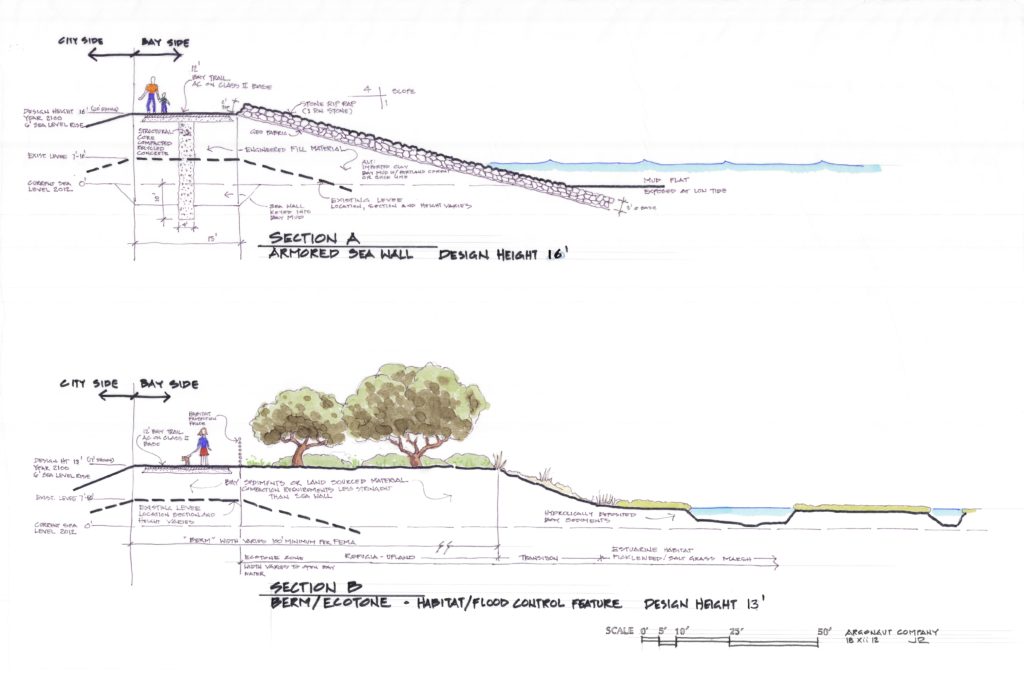 The Figure 3 concept section sketches relate to the previous exhibits Figure 1 and Figure 2.

The friction caused by marsh vegetation, combined with reduced water depth, dissipates wave energy in storms. The berm/ecotone would not need to be as high as an armored sea wall, but would still need to be raised over time to compensate for rising seas. Design of a manageable interface would be required to separate recreational uses from protected natural habitat. The edge facing the open bay would also need to be designed to resist erosion. 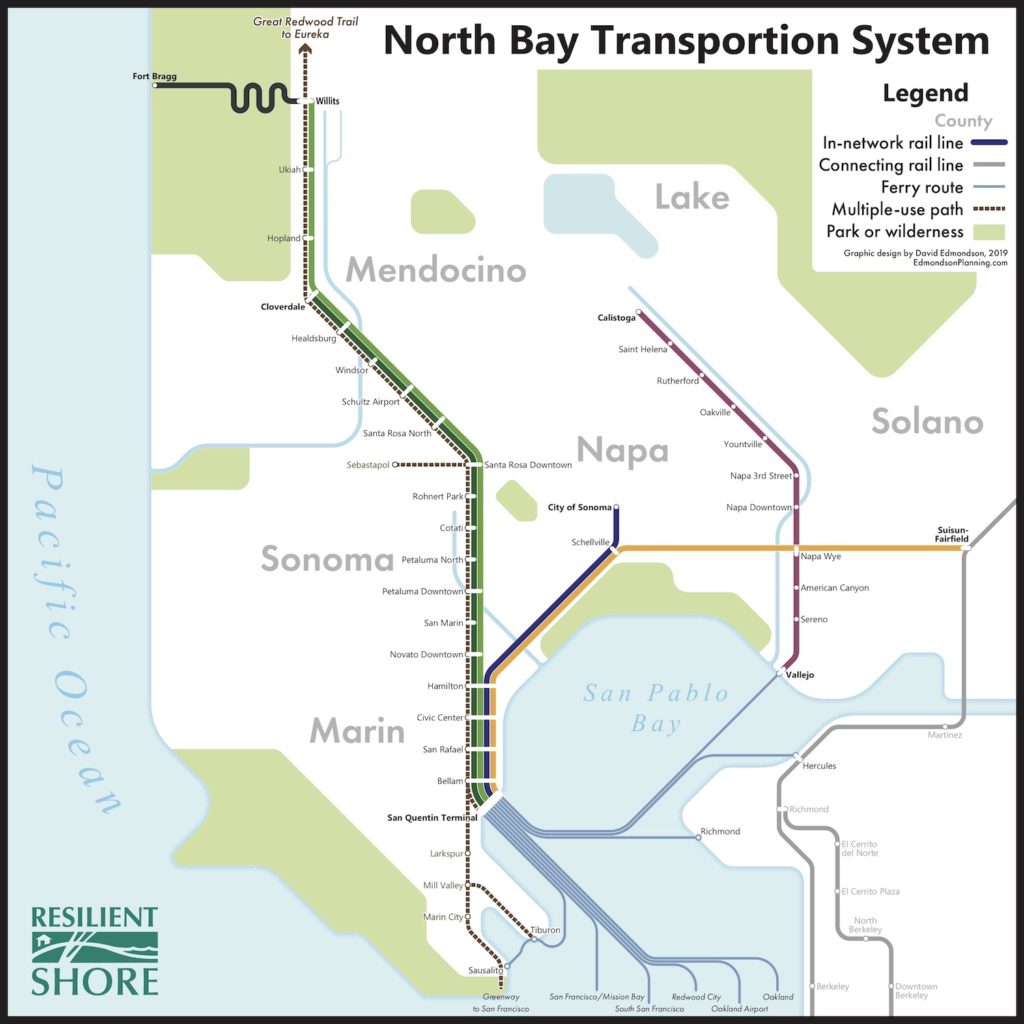 This diagram focuses on rail and ferries, while proposing a main line multiple use path system (including a bicycle highway) for the North-South Greenway/Great Redwood Trail to the North Bay, Wine Country, and the Redwood Empire. The diagram also proposes the following: 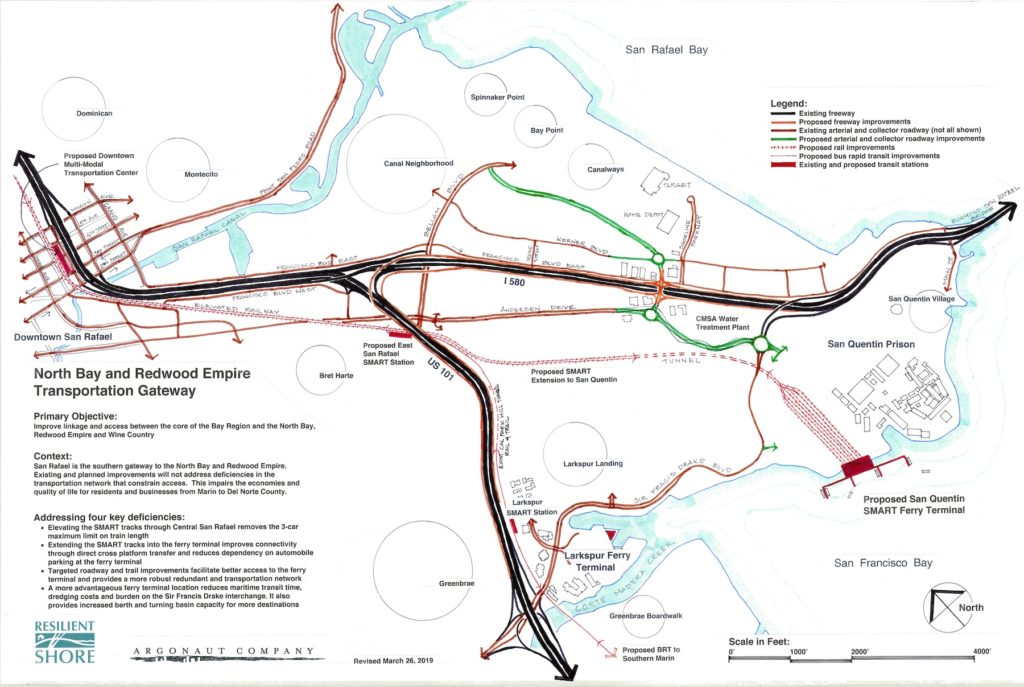 FIGURE 5: Concept sketch for North Bay and Redwood Empire Transportation Gateway, March 2019. Note: as shown, the concept does not meet FHWA and Caltrans freeway design standards and requires proof of concept. While many urban freeways do not meet current design standards, safety and mobility concerns must be addressed.

This concept sketch considers the roles of San Rafael and San Quentin as transportation gateways to points north. It addresses local and regional needs vis-à-vis roadway and transit deficiencies resulting in mobility, economic, and social justice impediments. The sketch proposes the following: 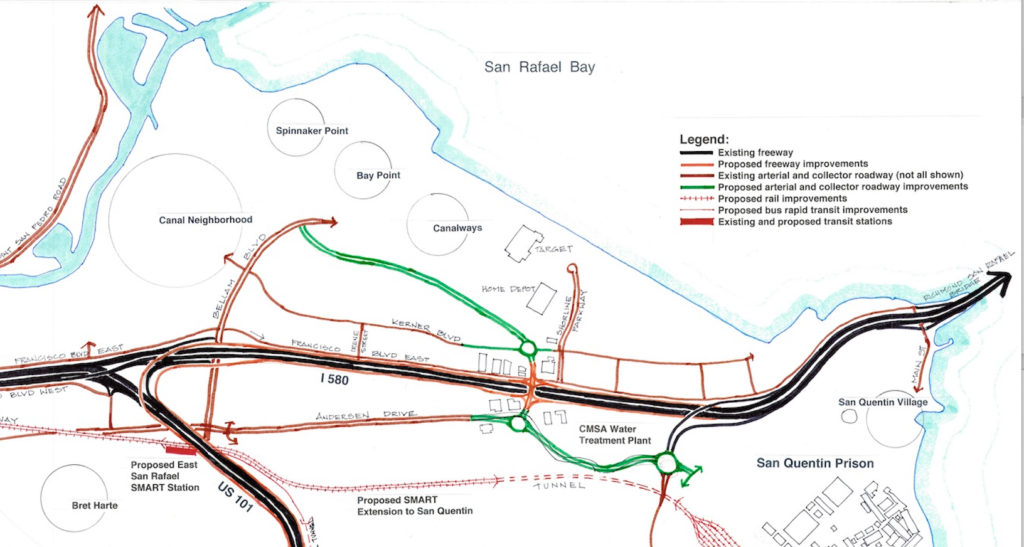 The existing ramps at US 101, I-580 and Bellam function poorly due to the proximity of the Bellam Interchange to the US 101/ I-580 interchange and East Francisco Boulevard. There are too many movements (including difficult turns) in a very confined and conflicted series of intersections and interchanges, resulting in inadequate stacking and a short weave. Although the new ramps are aimed at decreasing congestion, the wrong outcome could severely limit access to Southeast San Rafael for generations.

We have identified alternative concepts for consideration in the design and environmental review process including: