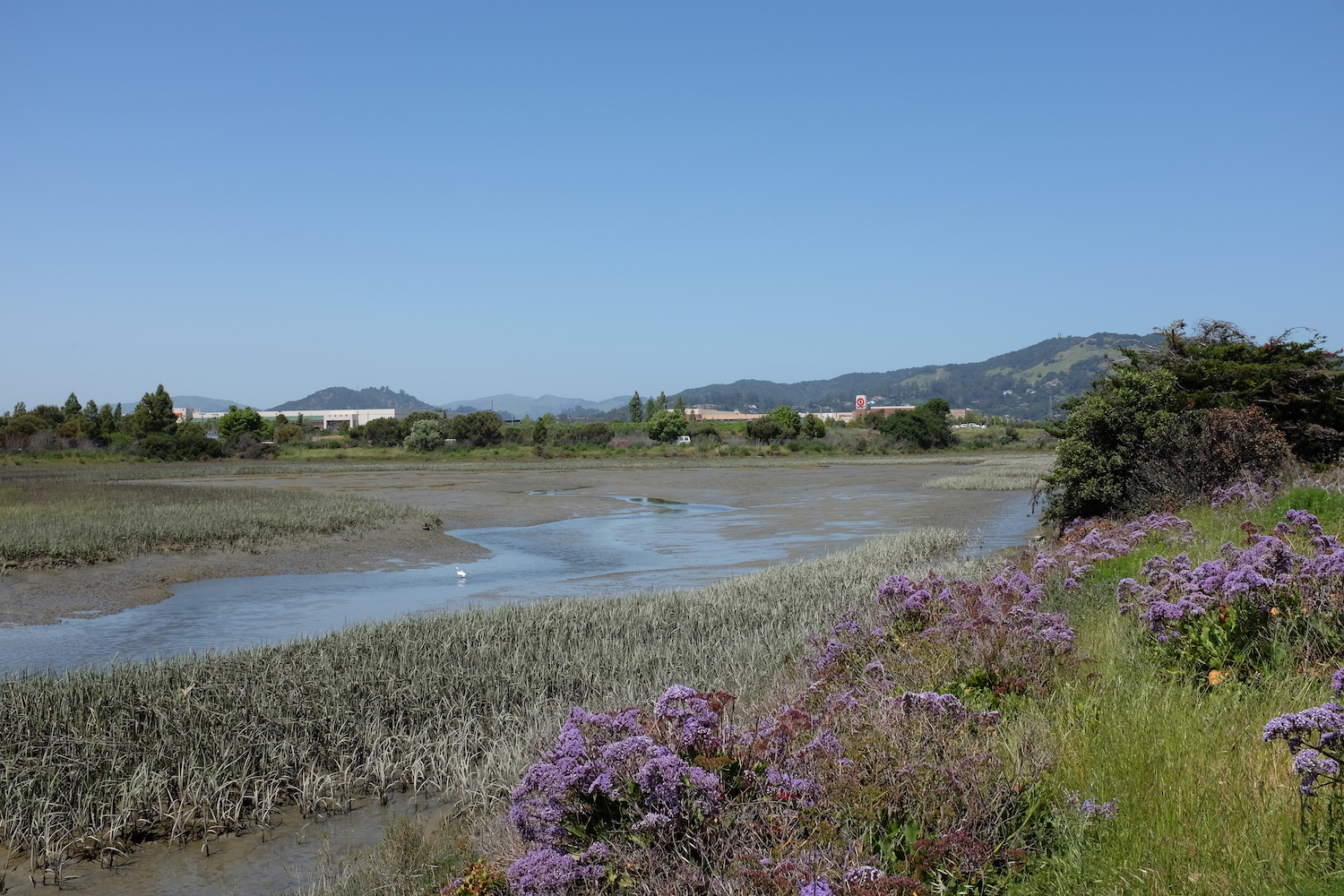 Resilient Shore is uniquely poised to address accelerating climate change impacts on San Rafael and the Bay Area by focusing on transformational shore resiliency, because our communities and infrastructure are extremely vulnerable to existing flood threats and ongoing sea level rise.

We are committed to working with the City of San Rafael, landowners, businesses and the community to build a more resilient, efficient, and equitable San Rafael and Transportation Gateway to Central and Northern Marin, the North Bay and Redwood Empire. 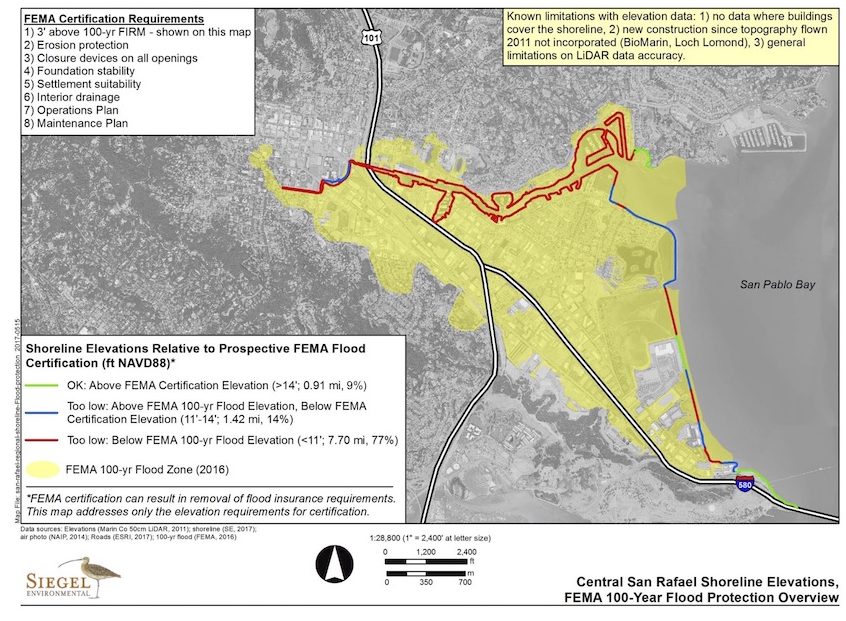 Virtually all of the colored areas of the map are projected to be inundated by 2100 by rising seas unless adaptation measures are implemented. (Map by Stuart Siegel) 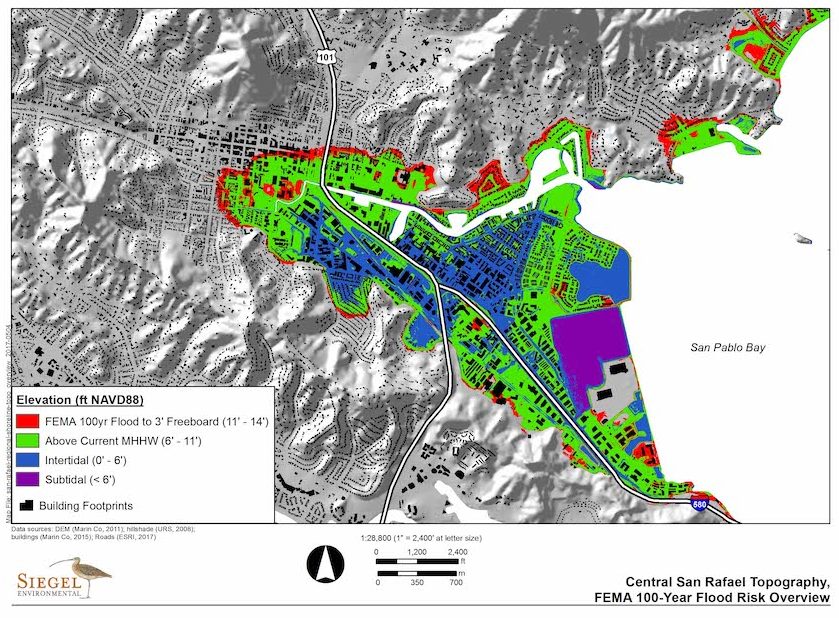 The yellow area shows the Central San Rafael Valley within the FEMA 100-year flood zone.  Line colors indicate the height of the shoreline. Red lines, encompassing over ¾ of the shore exposure, would be breached in a 100-year flood. Only the green line is currently above the 100 and 500-year storm elevations and provides sufficient height to meet FEMA certification requirements. (Map by Stuart Siegel)

Major planning and funding initiatives, including:

Within our overall focus on existing flood threats and ongoing sea level rise, our proposed actions also address current transportation infrastructure impediments. Southeast San Rafael (the area between the Canal and the US 101/I-580 corridors) and especially the Canal neighborhood, has severely impaired access. These roadway deficiencies result in mobility impediments and economic inequities.

In addition to time-sensitive planning and policy advocacy for current and upcoming transportation infrastructure improvements, the City of San Rafael is in the process of updating the 2040 General Plan. It is of the utmost importance that we move forward with: